Reflections From My 3 Day Walk Experience...Part 1

Over the last 3 years, I have had 3 of my childhood friends diagnosed and treated for breast cancer. 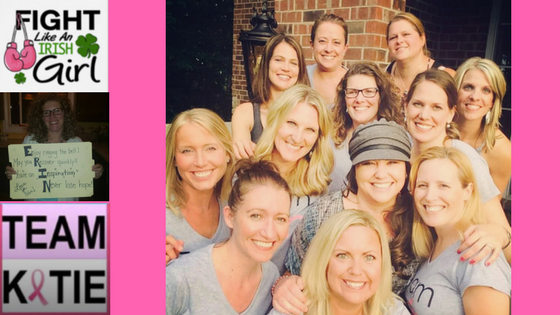 When I went to get my first mammogram last year at age 40, the technician told me jokingly I should get new friends, as we are out of the range of normal occurrences. Since my friendships aren’t going anywhere, I knew we had to tune a bit more into this awful cancer. One of my friends Katie, diagnosed last October, decided she would like to do the Susan G. Komen 3 Day Walk this year.  I decided that it would be the least I could do, so I registered to walk.

Not being a person who formally exercises, I was a bit nervous for the daunting 60 miles! I began training here and there during the spring months, and kicked it up a bit once the school year came to an end. My fundraising proved to also be a bit daunting, but I received a lot of donations when my friend Laura was unable to walk and transferred her donations to my account.  Without this, I probably would not have been able to raise the $2300 needed.  In addition to her funds, I had many supportive friends, family, and colleagues that also donated.

It has now been 10 days since closing ceremonies, and I still keep finding myself going back into the pink bubble of the 3 Day, so I decided to share some of my biggest takeaways from my rookie experience at the Michigan Susan G. Komen 3 Day Walk!


There are a TON of Committed 3 Day Walkers

At opening ceremonies you are given a special lanyard if you are a first time walker. In addition, you get a special button that says, this is my FIRST walk! If you are not a first time walker, you can fill in the number of walks you have been on.  One of the first people I met had on a button that said it was his 50th walk!  I was shocked!  He told me that he walked all 14 walks in 2011. I thought he was a rarity, but as I walked and talked, I met several people that do multiple walks each year. In fact, I know some of the walkers I met along the route are gearing up for another walk this weekend in the Twin Cities. (Note...my feet still aren’t back to normal.  I couldn’t even imagine doing it all over again!)  I am so inspired by their commitment to the Susan G. Komen organization. In fact, Jim Hillmann, the man I met at opening ceremonies, actually was awarded a milestone award at camp celebrating his 50th walk!   And then there’s a man named George Nummer who is an 85 year-old celebrity walker!  Check out a local news story featuring him here.

So Proud to be a Walled Lake Educator

When I learned that the opening ceremonies were going to be at Walled Lake Western, I was excited that the school district that I worked in would be a part of my 3 Day experience!  In addition, my fellow teammate’s husband is the principal there!  After we left WLW after the opening ceremonies, we were able to pass our administration building, which had many people outside cheering, offering candy and water, as well as the WLW cheerleaders!  We were able to have one of our pit stops at Meadowbrook Elementary too! 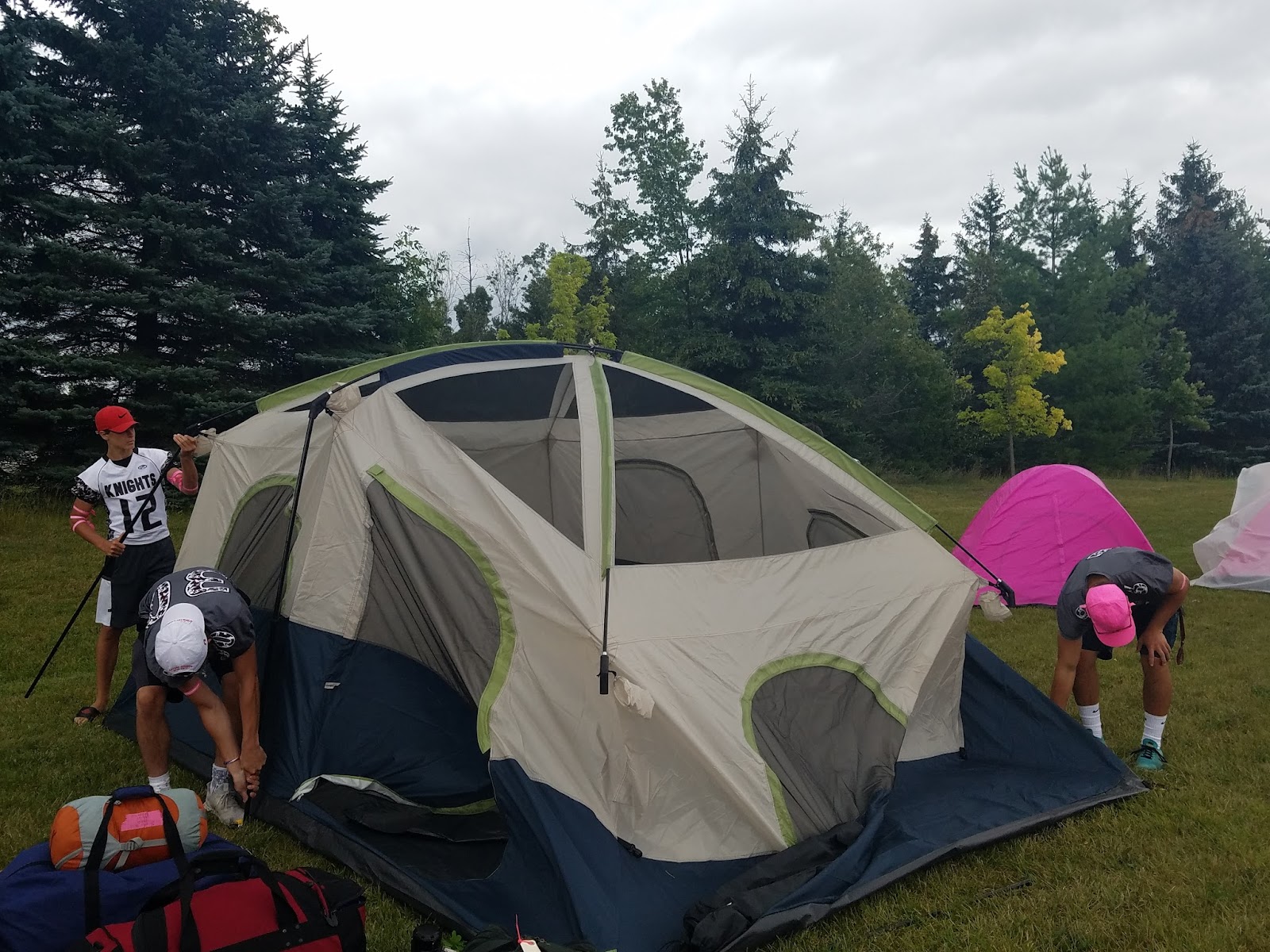 But the coolest thing by far was coming back to camp on Friday night and getting high fives from Walled Lake Northern football players...even some that I had when they were third graders at Glengary Elementary.  But wait...it gets better!  They carried our bags to our tent, helped set up our tent, and even carried our plates to the table at dinner!  It was soooo wonderful! The next night the Walled Lake Central football players joined in on the fun!  I truly enjoyed it so much and immediately shared thank-you emails to the coaches, principals, and our superintendent, as these young men were very well-mannered and handled themselves with the utmost respect.  They were very appreciated by the 3 Day walkers and staff, and I was very proud to say to others, “I am a teacher in Walled Lake!  Some of those boys were my 3rd graders!” 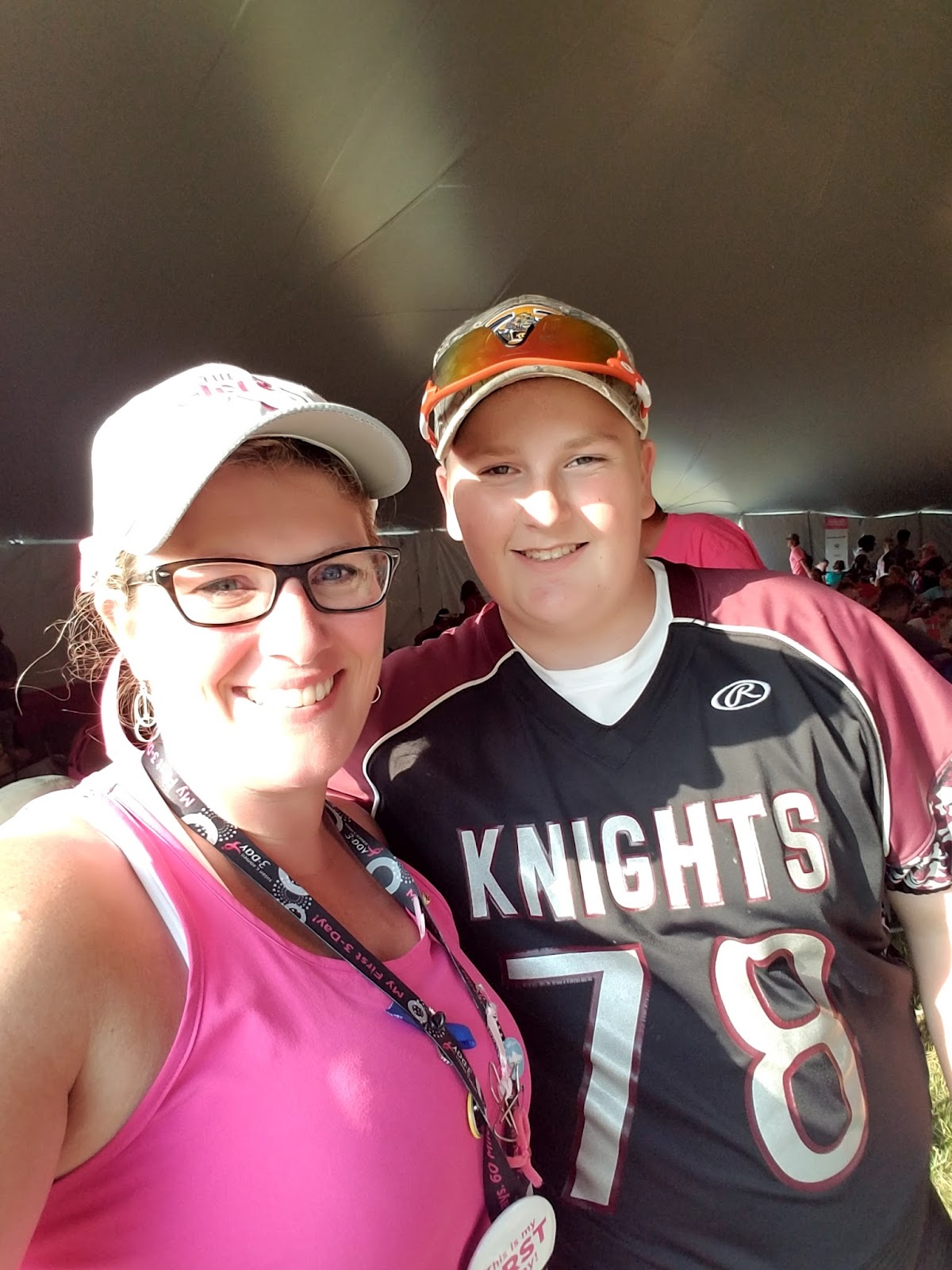 There are so many things that I learned about myself and this experience...too much for just one blog entry. Stay tuned shortly for Part 2 of my blog series on Reflections of the Michigan 3 Day focusing on the support I received from others!
Posted by Jennifer Bond at 8:31 AM

Cheers to My 6th ISTE!

Check out my featured collections!